In this episode Conservator Lesley Scott talks to Sophie Wylie about the cast of the left arm humerus bone of David Livingstone (1813-1873), displaying the damage done to his upper arm when he was mauled by a lion. The condition of the bone verified that the remains which were returned from Africa in 1873 were indeed those of the famous explorer. Three casts of the bone are part of David Livingstone Birthplace museum collection.

See a 3D Image from the Royal College of Physicians and Surgeons of Glasgow.

Also see the video animation the anatomy of a regular humerus is compared to that of David Livingstone's after it healed.

Sophie: Hello and welcome to David Livingstone Birthplace Museum podcast, my name's Sophie and I'm a Museum Studies student at the University of Glasgow. The next few podcast episodes will feature staff and work placement students, telling us interesting stories about some of the objects in the museum collection. Follow along with our collection focused podcast episodes. They will be available on Soundcloud and apple podcasts. Also be sure to check out David Livingstone Birthplace social media pages on Facebook, Twitter and Instagram to see the photographs of the objects mentioned.

This episode features Lesley Scott, the project conservator at David Livingstone Birthplace Museum. She's going to be talking about the casts of David Livingstone's left humerus bone that we have within our collections. In the episode we explore lion attacks, Victorian medicine as well as David Livingstone’s fashion sense.

So the bone has a massive, well the cast that we have, has a massive bearing on the story of how they identified Livingstone because he was bitten on his left arm by a lion when he was quite freshly into Africa in the beginning and, having medical training, he reset his arm himself. Which you can imagine at that time, when David Livingstone was alive, was quite amazing. It did cause problems for him during his life, it’s well documented in his stories, but the fact that we have the actual cast and we can see...Glasgow University have actually shown how, using a digital 3D imaging, how it broke and how he spliced it back together. The calcification around it, how it’s actually set, it makes you feel quite painful just looking at it.

It’s quite a gory item but I find it fascinating, and from a conservation point of view it's a plaster cast and two of them are in good condition, they just needed very basic cleaning. But the other one needed a little bit of repair work, so I had to examine and model from the existing cast we have to replicate the missing areas. So, from that point of view it’s an exciting object for me because of the skills involved in doing that. And I really enjoy working in that material.

Sophie: Yeah, is it a long process for you then?

Lesley: Not necessarily, it's just you've got to maybe wait, because I'm using the same materials to replicate and recording it, so you can show what is restoration and what is original artefact. Very important in museums! It's just waiting for the plaster to dry and then building it up gradually, but it’s a bone so it still looks like a bone because it was a cast of a bone. You have to remember you're not working on a real bone because it’s so realistic.

It looks like a bone; it feels quite heavy, because a plaster cast is quite heavy. It's got a metal armature in the middle to give it support, so it has some weight about it. And to all intents and purposes, it feels probably heavier than a real bone would feel, although these bones are quite solid. It isn't too bad, its quite clean, but one is broken. Another cast has had some varnish put on it which has discoloured and become a bit sticky as it started to degrade so we're having to remove that and so make sure that we take it back while being careful of the original surface that’s underneath of the plaster because the plaster would maybe be painted to replicate the bone. So, the casts have all been treated differently. Another one's in a case which I haven't got around to cleaning yet, but it doesn't seem to be varnished like the other ones so...

Sophie: So, what information or knowledge do you think could be gained from having the object within the collection?

Lesley: I think the object offers a real insight into how people used it to identify his body in the Victorian period. And how so much was put on that, because of what had happened to his body after his died. You know, they took the internal organs out, his heart was buried in Africa and then they sort of embalmed him. Obviously, this is Africa and its hot to carry his body straight through so, he would be unrecognisable to see him in that condition by the time he got back on the boat again to Britain.

So, people can learn about that, they can learn about the story, they can learn about how these were people living in Africa and it was so different. There were no lions in Scotland! Then you're going out as this missionary travelling by sea all this way and landing and living somewhere where these lions were there, and they were preying on the livestock that the Africans were using. And he was there, and he very much was part of the community and he went in and helped to defend them.

So, it wasn't like the lion was attacking people, he shot the lion and then the lion attacked him. He thought the lion was injured and therefore, he was out of danger but then obviously the lion – with a bit of adrenaline - came back and bit him and then bit one of his colleagues as well and hurt them also.

Sophie: So interesting, and you said previously that it has such a massive knock on effect to how we now view David Livingstone because of the fact that the body was able to be identified, because of the bone.

Lesley: Eventually, they used it to identify him. So, had we not known that was David Livingstone's body would we be here in the museum? Would he have been buried in Westminster? It's got a massive bearing on the story, I personally think. I think it’s an important part of the story and it's also an exciting part of the story and I think it shows the difference between Scotland and Africa through the actual creatures that were there and actually living there. Growing up in Scotland in that period you wouldn't worry about walking out of your front door thinking you're going to be attacked by an elephant or a rhino or a hippo or you know... a lion.

Sophie: Yeah it does paint a picture beautifully of what Livingstone would've experienced on his travels around Africa.

Lesley: I think so. I think this one item can tell all these stories just based on what is essentially a piece of your arm that everybody has.

Lesley: So, everybody can relate to them, no matter who they are. And the medical story from the bone itself and how David Livingstone was able to treat it.

Yeah because he was a doctor he set it himself obviously the fact that he managed, it did give him pain obviously as he went through with it, but I think medical experts have looked at it and can't understand why it's set the way it is or how it's calcified, so there's still some stories there and some more information to get...

Sophie: There's some mystery...Yeah that's incredibly interesting. Do you think maybe in the next 10, 20, 30 years medical imaging might be able to pin down a story?

Lesley: They might be able to yeah...well this is just the cast so this isn't the actual bone but yeah, I mean it might...

Sophie: Could still give some clues...

Lesley: Yeah so there you are in the middle of Africa in the Victorian period, broken arm, setting it yourself, without antibiotics, medicines and stuff like that. It's amazing! And then he carried on and walked thousands and thousands of miles. He would've had his medical kit, so he would've had access to be able to help himself and help the others that were badly treated. Plus, he would've had a basic knowledge that they would've been infected and would've known what to do. Although he thought his tartan jacket was what stopped it getting infected, because he's a true Scot!

Sophie: The story with the sterilisation...

Lesley: Whether it's true or not, the story is that because it bit through the tartan, the wool of the tartan helped prevent the saliva of the lion getting in and infecting his wound.

Sophie: Interesting that he was wearing tartan wool in Africa...?

This has been David Livingstone Birthplace Museum podcast, check out our social media pages on Facebook, Twitter and Instagram to see photographs of the objects mentioned in the upcoming collection focused podcast episodes.

More podcasts can be found in our Podcast section. 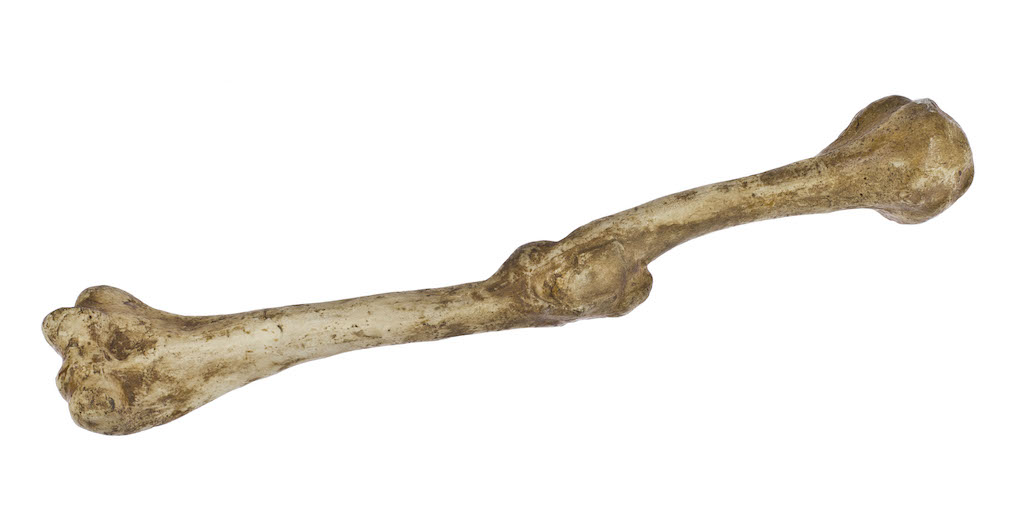 
We are very grateful to our key funders the National Lottery Heritage Fund, Historic Environment Scotland and the Scottish Government for their support in helping us deliver the Birthplace Project.