In the Victorian era when David began exploring, ideas about the roles of men and women in Britain were very different to those in Southern Africa. In Victorian Britain women were treated unequally to men. The ideal place for a woman was believed to be the private sphere of the home, where she was responsible for housekeeping, cooking, cleaning and raising children.

Working class women however, had no choice but to work in factories or in the domestic service of richer families. Men, like David, worked and provided food for their families. On the whole, men held the positions of authority and power in society.

Unlike in Britain, the wives of missionaries stationed abroad played a much more active role in public. Throughout Africa women were spiritual leaders, chiefs and warriors. These were very different to the roles of women in Britain at the time, as the women David encountered often did the same jobs and tasks as men.

However, during this time women were often excluded from historical narratives due to beliefs around gender roles and stereotypes of women and men’s roles within society.

Women in the Mill 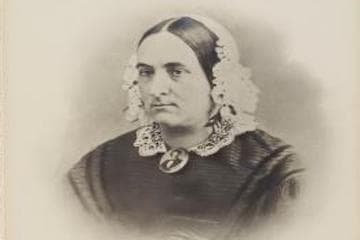 Women in the Mill

However, they were often excluded from census records because their wages were thought of as secondary earnings to men’s wages.

Wages were often low, conditions were bad and working days were extremely long for both men and women working in the mills. Some women worked on the machines alongside men, but tended not to do tasks that involved heavy lifting.

As a result of these inequalities, women in the UK came together and began to campaign for better working conditions and rights. Women around the world are still campaigning for equality with men.

David’s wife Mary was the daughter of two well-known missionaries, Robert and Mary Moffat. She was born and brought up in southern Africa.

After she married David, they settled in Kolobeng. Mary was responsible for domestic tasks like washing, cleaning and milling maize for porridge. She also spent time teaching local children.

She joined David on many of his early travels and was the first white woman to cross the Kalahari Desert.

She was of vital help to her husband on some of his expeditions because of her ability to speak Tswana and her status as the daughter of Robert Moffat who was well respected by local rulers.

As they travelled, Mary was able to negotiate with community groups, teaching local women and children when the opportunity arose.

How different do you think Mary’s life was as the wife and daughter of missionaries? How different was it from women in the UK? And how different would her life have been if she was alive today?

In southern Africa, David encountered women who were in positions of political power like Chief Manenko.

Throughout Africa women often did the same jobs as men. They were spiritual leaders, chiefs, warriors and much more. They were very different roles to those of women in Britain at that time.

During his travels David met many of those remarkable women. He wrote about these meetings, describing his thoughts and what he had seen.

Read what David wrote about his meeting with Chief Manenko and reflect on how the two of them might have felt...

Both Mary Livingstone and Chief Maneko were strong and impressive women.

Today and throughout our history there are many powerful and influential women who have made their mark – although sometimes we aren’t so good at celebrating them as we should be. Think about the women who inspire you. Who are they and what makes them so interesting and impressive?

Watch this video about the youngest ever Nobel Peace Prize winner, Malala Yousafzai from BBC News.

What makes her so inspiring? What do you think motivated her to do the things she did?

Women’s history has often been overlooked, and because of this it’s sometimes easy to forget how much women have achieved.

Historically, stories about oppressed and marginalised people have not been studied, re-told and remembered.

At the David Livingstone Birthplace, we want to research these stories, so that we can present a more balanced history.

Have a go at doing some research of your own. Pick a woman from history and research her life for a chance of having your work published on our website.

Choose a famous woman from history, somebody you are interested in, and find out more about her. You can look online or find books in your local library. Check out Wikipedia or Britannica Kids to start off with.

Use the questions below to inspire your research or fill out a fact file. We have provided a Fact File Template (PDF) to download, but you can also design your own.

Here are some questions to think about:

E-mail your finished research projects to learning@dltrust.uk. We will publish the best entries on our museum's blog for everyone to see and learn from.

Note: This competition is now closed. However, you can see a sample of our entries below. Well done to everyone who entered.

These are a sample of the entries to our Research Competition about famous women from history.

Well done to everyone who entered.

Select any of the images below to download the full competition entry.

Hello and welcome to another episode of Tunya Investigates.

In this episode, Tunya speaks to Kate Simpson about the women in David's life including his wife Mary and his cook Halima.

They talk about some of the difficulties of researching women's history and what Kate is looking forward to about the new museum exhibition.

Also see our other Learning Resources and Learning sections for more information.

If you have enjoyed these activities please share them with your friends and family.

We would like to acknowledge the support and help of our partners in creating these resources.